Bitcoin will NOT replace the Dollar

Many “Bitcoin Fanboys” are convinced that Bitcoin will replace FIAT currency such as the US Dollar, the Euro, the Yen etc. etc. , but, I am not of this opinion.
Observing the succession of “Economic Technologies” that have followed one another in space-time on our planet, we can make an observation, none of them has completely eliminated the previous one.
To understand each other better, let’s make some brief examples:
• With the advent of the minting of Gold Coins, Barter was not eliminated
• With the advent of Bank Notes, which later evolved into Banknotes, the use of precious metals was not eliminated but rather exploited as “underlying”
• With the advent of FIAT currencies, in other words Coins that are based on trust and no longer on underlying assets, Coins have not disappeared.
• With the advent of Electronic Currency and home-banking, cash has not been eliminated, for now, whether they are banknotes or coins.

So, with unexpected exceptions, I’m expect that Bitcoin and more generally all cryptocurrencies will not replace the current monetary system, or what will come, but rather that they will side by side it.

To strengthen my idea I have to make an introduction to the Stablecoin technology, that is cryptocurrencies whose value remains stable compared to another currency. If you already know what it is you can go directly to the conclusions.

The first and most famous Stablecoin is Tether (USDT).
The functioning of Tether is very simple, the company mint a USDT for every dollar ($) that is deposited. This type of stablecoin is defined as “pegged” that is linked to the underlying deposit, in this case Dollars.

Subsequently, completely decentralized alternatives were born such as the MakerDAO project capable of minting a Stablecoin, called DAI, without the help of the Dollar ($).
The operation of this type of projects is quite complex, but, to simplify as much as possible, we can compare it to a Pawnshop in which we pledge assets, in our case Cryptocurrencies, and we are given in exchange Currencies, in our case Stablecoin, equal to a fraction of the value of the asset deposited as a pawn. 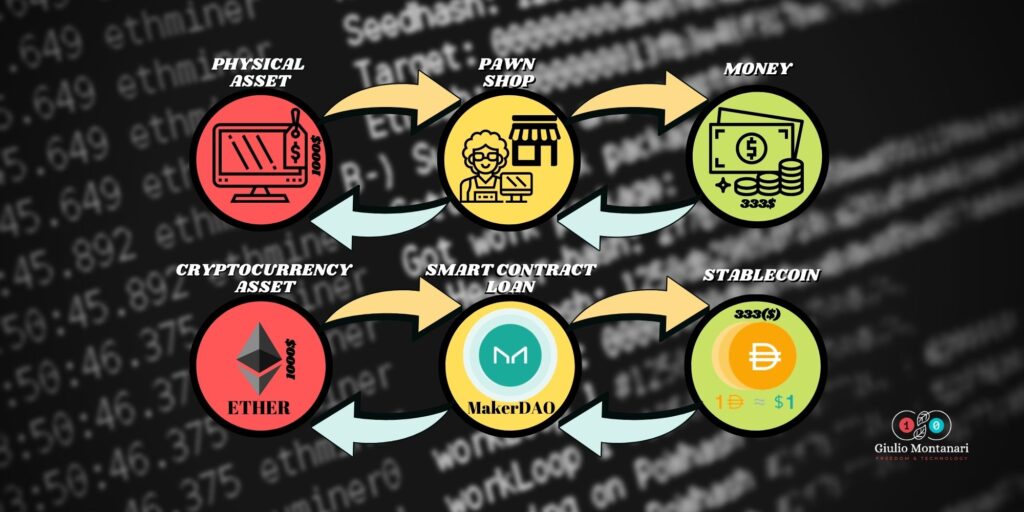 In the MakerDAO project we deposit an ETH as a guarantee for a current value of $ 1000. Now for the system we can mint new DAI currency and withdraw it for a maximum of $ 666. Since ETH have high volatility, if we do not want to be liquidated it is necessary to withdraw a fraction of this amount typically never above 1/3 of the deposit, in the example 333 $. Until we return the borrowed currency we will not be able to withdraw our ETH. If we return the DAI they will be “burned” made to disappear and we will be able to withdraw the ETH pledged.

Stablecoins, in my view, will soon be targeted by the banking system because in fact it is a question of issuing Dollars, Euros or other currencies without any control by the Central Banks.
Since banning the use of Stablecoins would be almost impossible, probably the smartest thing to do by central banks and governments would be to create a better alternative to the existing one.
By creating in turn Stablecoins or better STATEcoins with as collateral instead of Gold, as was the before 1971, digital assets such as Bitcoin, Ethereum, Paxos, etc.
These could truly replace the currencies currently in use because they would be guaranteed and backed by central banks like FIAT and would be fast traceable and secure like cryptocurrencies.
Clearly this is only a hypothesis as it will depend on the type of globalized society that awaits us in the coming years.
Posterity will judge 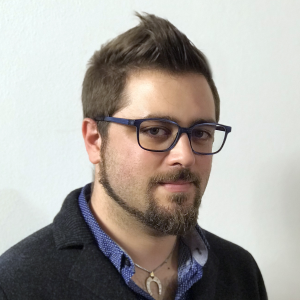 Let me know you liked it

Hi, I’m Giulio and this is an article from my blog. Here I talk about: Personal Growth, Cryptocurrencies, Algorithmic Trading, Finance Savings and much more.

My way to wealth

Bitcoin will NOT replace the Dollar

Ikigai My way to Happiness